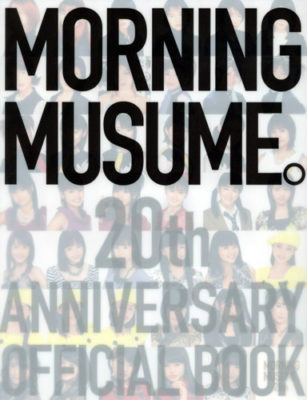 “Morning Musume 20th Anniversary Official Book,” published in June 2018, is a book commemorating and celebrating 20 years of Morning Musume history. It features interviews with 31 of the group’s total of 41 members (as of 2018), as well as their producer, Tsunku♂.

How was a national idol group born, and how is it now welcoming its 20th year? Tsunku♂ and the group’s members, both past and present, talk about the light and the dark of the idol world. Their feelings of the past, stories they can only share now, the members’ individual memorable experiences, their varying forms of love towards Morning Musume… and the future of the group.

The definitive Morning Musume interview collection. A must-read for all fans.

Note: If you like the book, do consider buying it.