Loitering Between the Lines of Hello! Project: Part 1 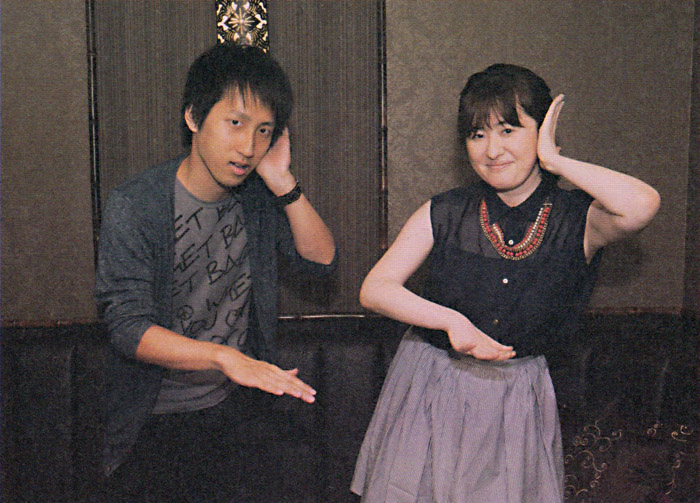 Part One: “Incessant Praise Paradise”
Picking up from where they left off in their highly praised feature in the
Hello! Project COMPLETE ALBUM BOOK!
In this new, bi-monthly series, writers Yuzuki Asako and Asai Ryo
profile the lyrics of Hello! Project songs! 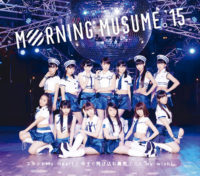 Yuzuki: So the A-side for this single was “Oh my wish!” What did you think about this release?

Asai: Honestly, for me, I easily liked “Sukatto My Heart” better. Hands down.

END_OF_DOCUMENT_TOKEN_TO_BE_REPLACED 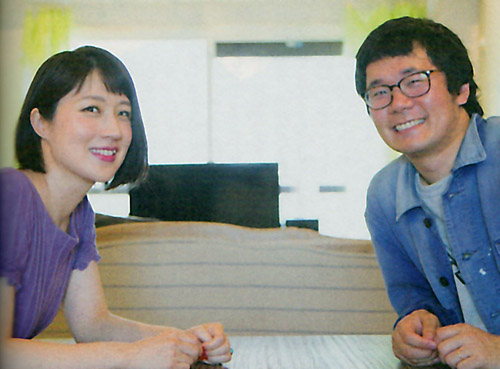 Hello! Project today seems to be popular even among couples. Naturally, however, you rarely hear about the types of private conversations that happen between these “H!P couples.” Do they argue about their favorite members? Do they think about wanting to have their child join H!P…?

The married couple of Tsurugi and Inuyama, both passionate H!P fans, invited us to their home to have a thorough discussion about these kinds of subjects.

— Our theme today is “matrimonial happiness through H!P!” First of all, I want to begin by noting how it seems like are much more females at H!P concert venues these days. More and more couples have started popping up as well.

Tsurugi: Among the married couples I know, many of them are, indeed, H!P fans. Now that you mention it, it could be true that that sort of thing is becoming more common.

END_OF_DOCUMENT_TOKEN_TO_BE_REPLACED 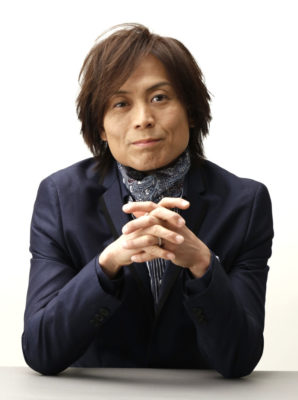 0: RocketNews24 2017/04/05(水)
We’re reporting to you today on Tsunku♂ who has currently become a hot topic on the internet. According to an eyewitness report, he helped an injured boy who had become lost. What’s more is, once the boy’s parents had been found, Tsunku♂ simply took his leave without a word.

According to Twitter user @bada_0422, the events took place at Ueno Zoo. Let’s have a look at how they described what happened:

Today at Ueno Zoo, there was this boy who’d become lost who hurt himself by falling over in front of one of the shops. There was a cut on his mouth. The person who helped him was none other than Tsunku♂, who happened to be standing just in front of him. Even though he can’t speak properly (sorry for the impolite wording), he did his best to look for the boy’s parents and to comfort him.

I’m sorry it took me a while to run over to help — at first, I thought they were maybe in the middle of filming. But afterwards, thanks to the help of the staff there, they soon found the boy’s parents. I wanted to convey what had happened to the parents, but they were in a hurry to get their son treated for his injury so I didn’t have the time to tell them. I hope that this tweet will somehow reach the parents.

And to Tsunku♂, who left right away, I wanted to say that they found the boy’s parents in no time. I was so moved by Tsunku♂’s kindness.

In short: Tsunku♂ helped a lost, injured boy, and then made his leave without a word. If this touching story is true, it’s fair to say that it’s an episode for which he should be praised.

It’s only natural to help someone who is in need of help when you see them. But if push came to shove, how many of us would, in fact, be able to carry out doing that said natural thing? Tsunku♂ actually doing the right thing and then simply leaving without a word… This man is simply the best.

END_OF_DOCUMENT_TOKEN_TO_BE_REPLACED

I have a minor problem that I’ve been trying to figure out.

It would seem that my taste in women is quite removed from the standards of most people out there. Whenever we hold auditions and I say about someone, “alright, this girl is going through!“, I can always hear the booing from the studio and the general public.

Thinking back, I’ve always gotten similar reactions even from my juniors. Whenever I had a girl I fancied in school, I’d mention it to my friends. “What do you think about that one? She’s pretty cute, right?” My friends would then look at me as if I was kidding. “What? Her? There are so many girls that are cuter than her. Why her of all people?” Even though in my mind this girl was absolutely the number one.

It’s true that I do have a large “strike zone.” I mean, I even like girls who aren’t cute. There were cases where I suppose it was no wonder my friends would dismissively call the girl I fancied by just “her.” Quite often, though, when I’d ask them what they thought of a specific girl, I’d be thinking about her not as she was then, but about how she might turn out in the future. As proof of that, there have been many examples of me setting my sights on a specific classmate or an idol who didn’t get any appreciation to speak of, who then went on to change into someone completely different. The more I hear people saying I have bad taste in women, the more confident I feel that I’m making the right choices.

I’ll give you an example.

END_OF_DOCUMENT_TOKEN_TO_BE_REPLACED

Nothing affects men more than an imperfect smile!

The power that a woman’s smile possesses is truly remarkable.

When I come across a person with a pure smile that comes straight from the heart, I think to myself, “man, that’s so nice.” The smile a girl will have on her face when she wins at sports — is there anything better than that? And when it is a smile born under those kinds of circumstances, the person showing it is usually covered in sweat or dirt and they’re all messy. But even so, they just look adorable. They could be covered in mud for all I care — I’d still happily rub cheeks with them just to share in their joy. The smiles of the winning team at sports festivals… The smile of someone who’s just scored a strike when bowling… The smile of a person who’s eating something delicious and it just shows on their face as a smile. I adore them all.

Similarly, the smiles of Morning Musume when they took the first prize were so lovely. Me, I’m always the cynic — I could never be that genuinely delighted about it, no matter what sort of an award I’d received. “This isn’t going to last. There must be a catch to something as nice as this.” To someone like me, a smile like that would be impossible to replicate. I’m the sort of person who’d have to stare in the mirror, wondering “how does one smile as happily as that?“

You can see why I’m so easily drawn to those sorts of pure smiles.

END_OF_DOCUMENT_TOKEN_TO_BE_REPLACED 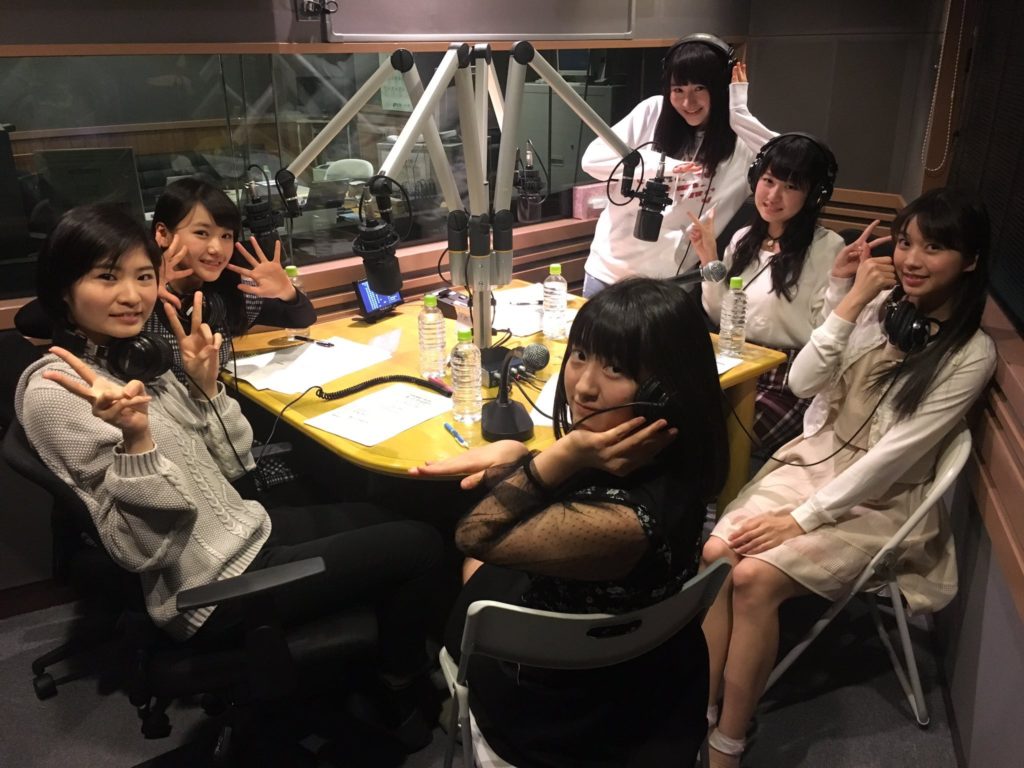 END_OF_DOCUMENT_TOKEN_TO_BE_REPLACED

Tsunku♂ has actually been offering Up-Front cheerful songs all this time, but they’re always turned down! 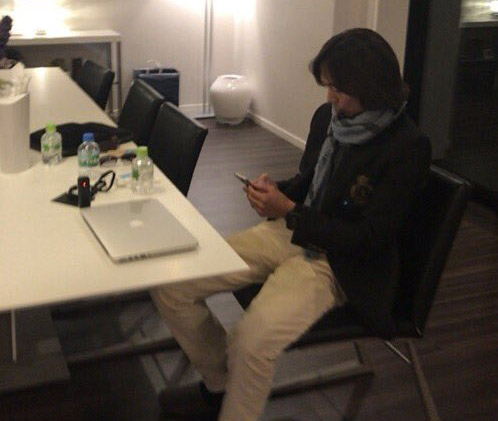 @haroneiture: @tsunkuboy Wouldn’t you agree that all your songs as of late tend to be quite dark? I have to be honest: it can be a downer and it’s not very fun as a listener. I want Morning Musume to do the more cheerful kinds of songs they had in the past, like LOVE Machine and The☆Peace!

@tsunkuboy: Yep. But see, I do also offer them brighter, more fun material every time. (laughs)

END_OF_DOCUMENT_TOKEN_TO_BE_REPLACED

Without Tsunku♂, what sets Hello! Project apart from all the other idols? 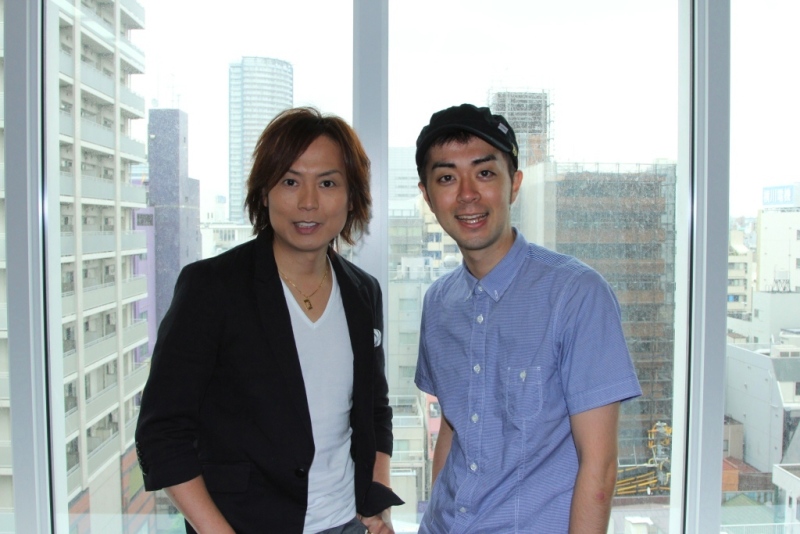 1: 名無し募集中。。。 2017/02/10(金)
There was a clear difference between H!P and other idols when Tsunku was there. Now, there’s absolutely none. So then the question is: why do you still keep being a fan of H!P and not some other idol group? Answer me that — if you can.

3: 名無し募集中。。。 2017/02/10(金)
There was no difference between H!P and any other idol group even when Tsunku♂ was there. (Sorry, was I not supposed to give a serious reply so soon into the thread?)

15: 名無し募集中。。。 2017/02/10(金)
There was a difference when Tsunku was there. Tsunku was the producer and he wrote all the songs. There was something about those Tsunku songs that could really touch you, and that’s why I came to like H!P. But now? You don’t even know who’s producing them. The songs are all done by some no-name songwriters, and they’re all shit. This isn’t H!P.

It’s because Momochi is there.