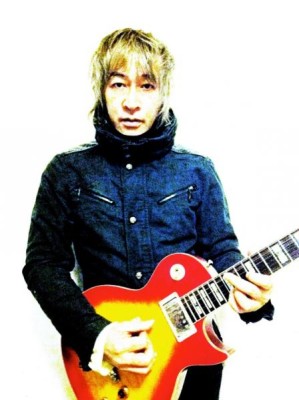 Nagai Rui — the man responsible for arranging one of Hello! Project’s most long-lasting favorites, Tanpopo’s “Otome Pasta ni Kandou.” While he hasn’t arranged a great number of songs for Hello! Project, all of them have left a lasting impact. In this interview, he talks about everything from his musical roots to a certain unexpected (?) meaning behind one of Tanpopo’s songs.

— You’re a successful lyricist, songwriter and arranger, and also a talented multi-instrumentalist. Could you talk a little bit about how that came to be?

Nagai: I guess it all began when I first started learning how to play the piano back in kindergarten. But it’s not like I’m from a family of academics or anything, so I just played for my own amusement. Then I got into elementary school… high school… and I was just floored by The Beatles. That made me pick up the guitar — although that, too, was just for my own amusement. I was in bands since junior high school, but every time there’d be problems like “the bassist can’t really play the bass” or something, so then I’d have to try playing the bass myself, or I’d have to play the guitar, or I’d have to sing… I got to try it all.

— And through that, you picked up all those instruments naturally?

Nagai: Yes. And since all we were doing at the time were Beatles and Queen covers, my playing was always a little bit eccentric from the get-go. Of course later I got to listen to all kinds of different music as well, but since those two bands were my roots it took me a long time to even realize that my playing was unusual.

— Your songs would have progressions others would have a hard time understanding, or they’d tell you they’re a little bit too symphonic here and there…?

Nagai: “Man, you’re weird.” (laughs) Like, back when I started playing the guitar, string bending was always slow — bands like TOTO and other LA music was popular those days. These were bands with accurate phrasing and very fast timing — string bends included. But since I’d been covering all this stuff by Brian May who is very loose with his bends, the other guys in the band would always tell me I was playing too slow. And when we were writing our own songs, I was told not to exaggerate so much. (laughs) “Just make it more simple; more compact.“

— So it had become a characteristic of your playing.

Nagai: It just soaked into me. It would be impossible to take it out of me at this point. Not that I’m complaining. If that’s something that actually shaped my individuality, then I have that to thank for so many amazing life experiences so far.

— “Sailor Moon” was your first experience working with idols and anime, right?

Nagai: The very first artist I worked with was Kubo Ruriko. Though I guess she might be more of an artist than an idol. The first idols I worked with were ribbon.

— Did you not have any qualms with writing songs for young girls to sing?

Nagai: Not at all. The same thing with anime, too. It doesn’t matter if the theme is anime or idols or rock artists or whatever. I think of it only as the gateway. People always talk about how rock’n’roll has to have “soul” and whatnot, but I don’t really get it myself. I feel it all comes from the same place. At the end of the day, it’s all entertainment.

— So you’ve always been open-minded in that regard. How did you first come to be involved with Hello! Project?

Nagai: Through the company I was with at the time. They were looking for arrangers. I think DANCE☆MAN was already a hot topic and they were looking for more arrangers that were similarly individualistic. So then they gave me a song and told me they wanted me to arrange it. It wasn’t that the song was going to be released or anything — they just wanted to see what sort of flavor I would give it. And since I love Queen, I just made it sound as much like Queen as possible. It felt like I’d gone too far with it and that they’d probably get angry at me, but I figured if that happened, I could just tone it down a notch or two to make it work for them. But to my surprise, they actually liked it as it was.

— What song was that?

— I see! So they used your work from the very first try.

Nagai: I was surprised myself.

Nagai: Yes. Though not just Queen, but like a mix of all my favorite pop groups and rock bands.

— So for this song, you never received anything like a request as to how they wanted the song to be?

Nagai: No. On the contrary: they wanted me to do with it whatever I thought was best.

— And then that became the new direction of the group.

Nagai: I would only come to learn that later. I think that’s something they decided later on.

— Certainly it was thanks to Tsunku♂ coming across “Otome Pasta ni Kandou” and going “Yes! This is what I’ve been looking for!” that led to it, though.

Nagai: Well, Tsunku♂ has always been a big Beatles fan. But it’s not that I was aiming to please him or anything. I just thought about how I would personally approach that song, and so it got this British taste to it. 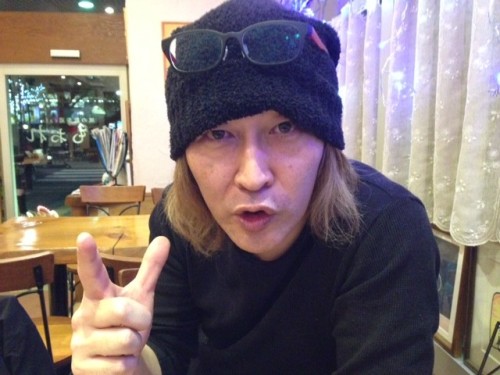 Nagai: One thing I can say is, to this day I don’t think there’s a name for the genre of what pop groups like The Beatles or Queen were doing, skillfully crossing over so many different genres. And because there isn’t one, it feels like it’s difficult for artists like that to get the proper recognition they deserve.

— Like how “Otome Pasta” is such a refreshing and yet at the same progressive song?

Nagai: It’s quite aggressive, too.

— Tanpopo had a lot of songs with bouncing rhythms like that.

Nagai: A lot of my songs had a shuffle beat, yes.

— Why did so many of them have a shuffle beat?

Nagai: Well, that’s just how I made many of them to begin with.

Nagai: “Oujisama to Yuki no Yoru” and Minimoni’s “Haru Natsu Aki Fuyu Daisukki!” don’t have that bouncing rhythm though.

— How did your involvement with Minimoni come about?

Nagai: I wonder…? I don’t think I even knew who I was arranging it for. I’m pretty sure I was only given a song and told to arrange it, but I may have received some more information on it as I was working it. Around that time, Minimoni was teaching English on “Oha Star” or some other kids’ program, and I think I heard something about that because it made me change the arrangement accordingly.

— I’ve heard from many other arrangers as well how often times they don’t know which group is going to receive their song.

Nagai: With Minimoni, I really didn’t know at the beginning. I think it was only midway when I was told, because I remember arranging it so that it’d be easy for kids to sing along to. Also, with “Oujisama to Yuki no Yoru,” I knew from the beginning how that one was going to be a Tanpopo song. I’m pretty sure the same also goes for “I & YOU & I & YOU & I” (from album All of Tanpopo), but I never knew that song would end up being the last song to be sung by those members.

— Is it any different arranging a song while knowing who’s going to sing it versus not knowing at all?

Nagai: It is. I can picture this or that person singing this or that part, and that can help me make sense of the song. But on the other hand, not knowing is pretty fun in itself, too.

Nagai: You have the freedom to do anything because nothing is set in stone. Sometimes if you know who you’re making the song for, you run the risk of thinking about that person’s image too much and letting the song get away from you. It’s best if you remember that all your expectations may be betrayed — that way you can make new discoveries. That’s the hard part.

— Oh, I definitely hear some of you trying to betray listeners’ expectations in your songs. 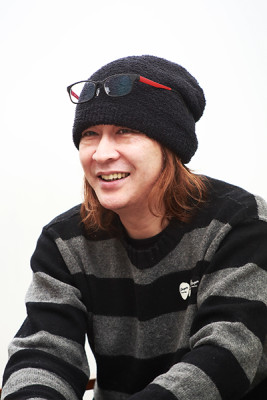 — The more I listen to them, the more I just think “what a strange song this is.” (laughs)

Nagai: To me, having someone listen to my songs and going “what the hell is this?!” would be the best form of compliment. I mean, if I’m going to work on a song, then why not go all-out while I’m at it?

— Are there any differences when you’re arranging a song by Tsunku♂ as opposed to a song by someone else?

Nagai: Tsunku♂ really knows his kayou kyoku. That much is for sure. All of his songs have strong foundations. They always have climaxes, drama, twists and turns… He’s never given me anything boring to work with. He strikes me as someone who has really done his research.

— So he writes competent songs in a kayou kyoku sense.

Nagai: But remember: Japan’s kayou kyoku was born from us studying Western music. But even considering the background of the genre, Tsunku♂ makes music that is easily conveyed to a Japanese audience, whether it be the tones or the melodies.

— Out of all the songs you’ve worked on so far, which is your favorite?

— Well, it doesn’t have to be your absoute favorite. Just one that you like.

Nagai: I like all of them. (laughs) I have an emotional attachment to each one. It’d be very difficult to choose just one. “Otome Pasta” marked the beginning for me personally, and it also started the working relationship between me and Tsunku♂, so that’s of course a memorable one for me. But, to give you an example: “Oujisama to Yuki no Yoru.” That song is from around the time George Harrison passed. That was a huge shock to me personally, and I really wanted to include something in the song as a tribute. While that has nothing to do with Tanpopo, I knew Tsunku♂ was a big Beatles fan, too, so I believed he wouldn’t mind if I tried doing something like that. So while it was originally supposed to be something different on the actual song, I ended up adding some slide guitar onto it and I was actually crying as I played the part.

— To think that song held a such a connection between you and George Harrison…!

Nagai: And that’s what I mean when I say I really can’t choose just one favorite. (laughs)