Reina: “I want to know what kind of sex my little brother is having” 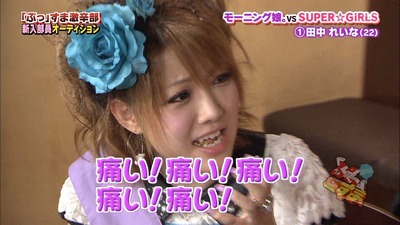 Did you feel lonely when your little brother got a girlfriend?

→ I didn’t feel so much lonely… but I did sort of wonder just how far they’d gone already.
And stuff like does her girlfriend have a cute face. (´ψψ｀)
http://ameblo.jp/tanakareina-blog/entry-11571282959.html

END_OF_DOCUMENT_TOKEN_TO_BE_REPLACED 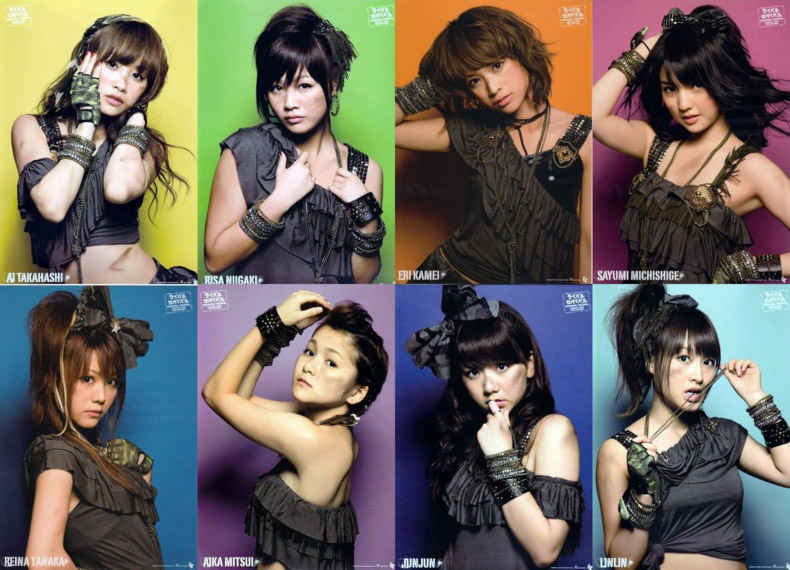 END_OF_DOCUMENT_TOKEN_TO_BE_REPLACED

Where are all the Reina wota going to end up once she’s gone? 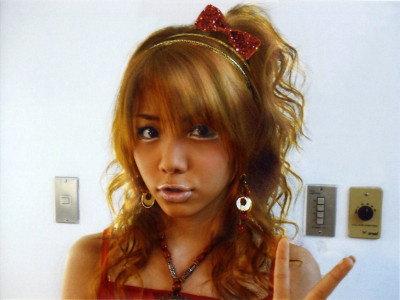 END_OF_DOCUMENT_TOKEN_TO_BE_REPLACED

Tanaka Reina: “The Platinum Era lineup was the strongest. It would’ve been something amazing had the group back then attained the same level of popularity as today.”

―― First, can you tell us how you thought of Takahashi Ai?

Tanaka: Me and Ai-chan often discussed singing. Although Ai-chan is my senior, emotionally I might be stronger than her in some aspects. When Ai-chan went “I can’t do this!”, I’d encourage her by saying “You’re fine! We can’t give up now. Let’s do our best!” We weren’t rivals — she felt more like my partner. Lots of members have graduated from Morning Musume up until now, but Ai-chan’s graduation was the most shocking to me… I really thought Morning Musume was going to end! I kept telling Ai-chan “No no no! I’m telling you it’ll be bad news if you leave!” I was really worried. “You’re really quitting? You’re joking, right? And then what are you going to do?!” (laughs)

―― But in the end, Takahashi-san did graduate and Morning Musume still exists.

Tanaka: Right. Because the group is still going strong without Ai-chan, it really made me realize that Morning Musume will be fine no matter who graduates. Morning Musume’s members are not its only strength. There’s our staff who have given their utmost effort for the group up until now, and of course there’s also our fans who keep supporting us.

―― Since the Morning Musume of today is still gaining popularity even without Takahashi-san, perhaps that can be attributed to the current lineup of the group.

Tanaka: But even now I still think that the lineup back when Ai-chan and Eri were in the group was the strongest. I feel that it would’ve been something amazing had the group back then attained the same level of popularity as today.

END_OF_DOCUMENT_TOKEN_TO_BE_REPLACED

The case of Reina and the Jukkies being friendly with each other!! 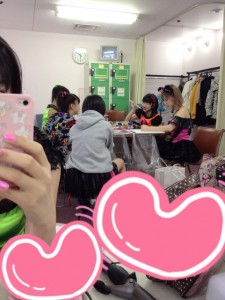 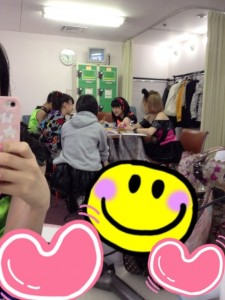 This is from the release event the other day!
Reina and the Jukkies were being total best friends in the dressing room!!!!!!!
I took this while trying to avoid being seen by using the mirror. (^_^)v