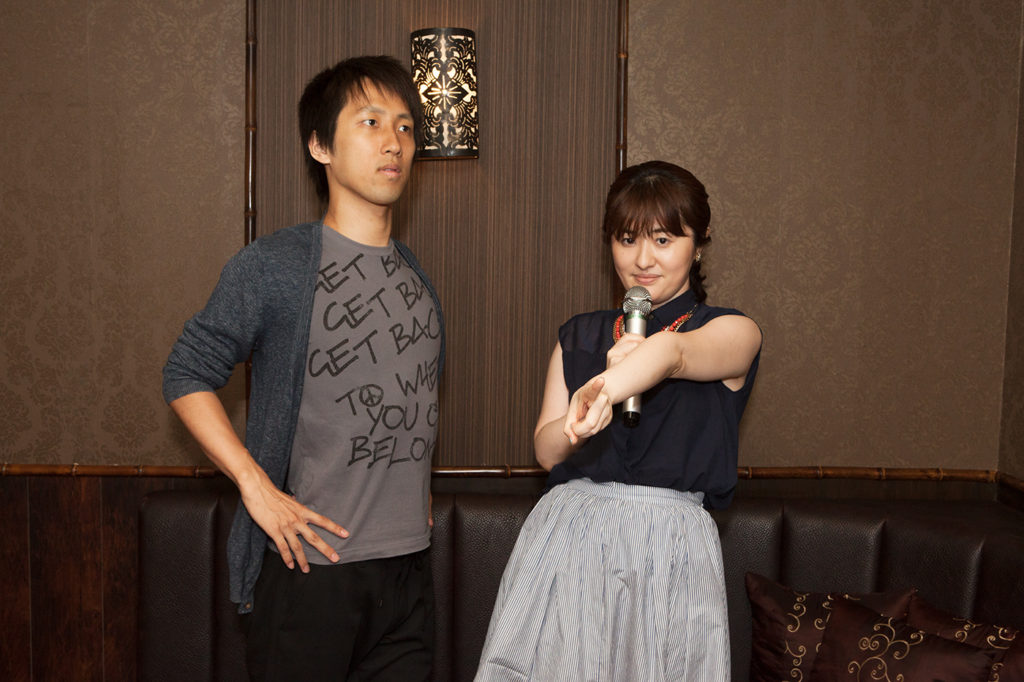 What kinds of novels does the girl in Berryz Koubou’s “Romance wo Katareba” read? What on earth does the irritated protagonist in °C-ute’s “I miss you” have to complain about? And just what type of pasta did the young woman in Tanpopo’s “Otome Pasta ni Kandou” eat in Harajuku?

These are just a couple of the first questions pondered upon by the pair in the above picture.

“Loitering Between the Lines of Hello! Project” (“Hello Pro no Gyoukan wo Haikai Suru”) is a column in which writers Asai Ryo and Yuzuki Asako wander stupidly in-depth in discussing and analyzing the words of Tsunku♂ and Hello! Project. If you’re someone who sometimes finds themselves pointlessly speculating about their favorite lyrics, this column is for you.

The column was published bi-monthly in the CDJournal magazine from 2015 to 2019, after which it was renewed under a different name.

Purely for informative purposes, listed below are the bits of the column that I did not translate.

5 comments on “Asai Ryo & Yuzuki Asako “Loitering Between the Lines of Hello! Project””