Loitering Between the Lines of Hello! Project: Part 11 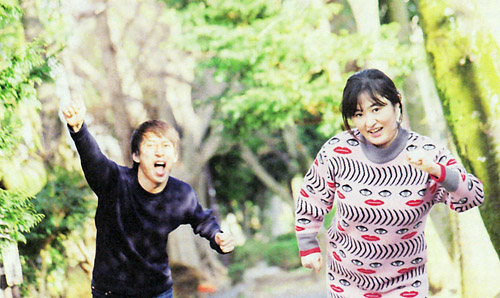 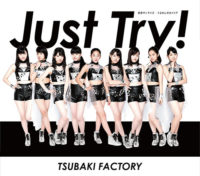 Asai: Thinking about recent things that have moved me, the first thing that pops to my mind has to be “Just Try!“

Yuzuki: Amazing song. It made me laugh when I heard it.

Asai: “Samui samui iitatte atsuku mo naranu” (“doesn’t matter how much you complain about how cold it is — it’s not going to get any warmer“) — I must’ve told that to myself a hundred times this winter.

Yuzuki: “Shiranu ga hotoke na no ni yo no naka jouhou darake” (“ignorance is bliss, yet the world is full of information“) — did she see something unpleasant online or something? “Tanoshii toki wo sugosu houhou kimochi wo kirikaeru shika nai” (“the only way to have a good time is to change your attitude“). ♪ Hoooraaa hoooraaa… ♪

Yuzuki: That’s such a scary part of the song. (laughs) It sounds like the beginning of a nightmare.

END_OF_DOCUMENT_TOKEN_TO_BE_REPLACED 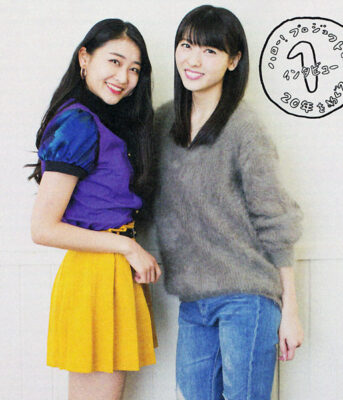 — I would like to take this opportunity to talk to you two about the position of the leader of Hello! Project. My first question is to Yajima. How do you see Hello! Project now, a year after your departure? Does it seem different to you now as compared to while your were still a member?

Yajima: It does. I couldn’t see it objectively when I was a member. It was really only after my graduation and going to see Hello! Con that I came to realize how amazing it is. It’s very moving.

My fellow °C-ute member, Nakajima Saki, co-starred in a musical with ANGERME and she was telling me about how they were busy with all kinds of other work so they didn’t have a long time to rehearse for it. So then when I went to see the musical, I remember thinking about how great of a job they’d done in such a brief period of time regardless. And maybe it was the same with us when we were members, but it’s really only now, looking in from the outside, that I realize how amazing it is that they’re able to do all that.

— The speed at which they can learn things?

Yajima: Yes. I think if I was put in that situation now, my head would explode. But they can all pull it off. Same thing with Hello! Con — the quality is just so high. Even the girls in their teens are so much better at singing than we were at their age. I’m so much looking forward to seeing how they all develop in the future.

END_OF_DOCUMENT_TOKEN_TO_BE_REPLACED

I feel like Aikawa Maho was a type of girl we had never seen before in Hello! Project

END_OF_DOCUMENT_TOKEN_TO_BE_REPLACED 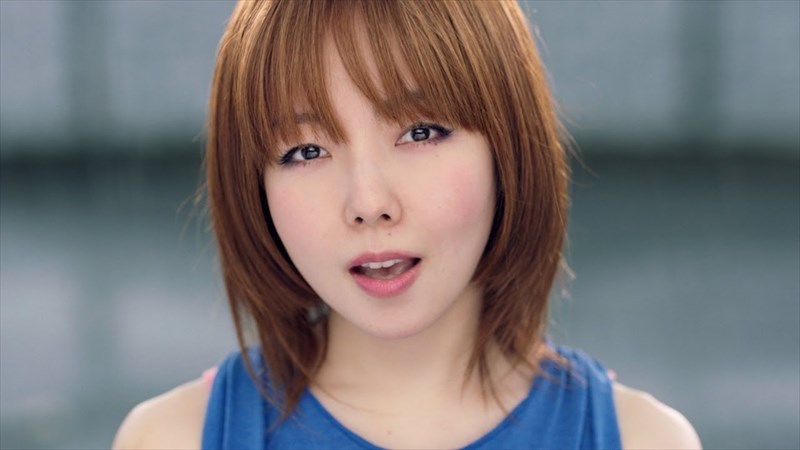 “The singer aiko apparently came this close to joining Taiyou to Ciscomoon. (Source: aiko herself, telling the story just now on Matsutoya Yumi’s All-Night Nippon.) Furthermore, she said that Tsunku♂ has actually given her advice on her own compositions, too.”

END_OF_DOCUMENT_TOKEN_TO_BE_REPLACED

Loitering Between the Lines of Hello! Project: Part 9 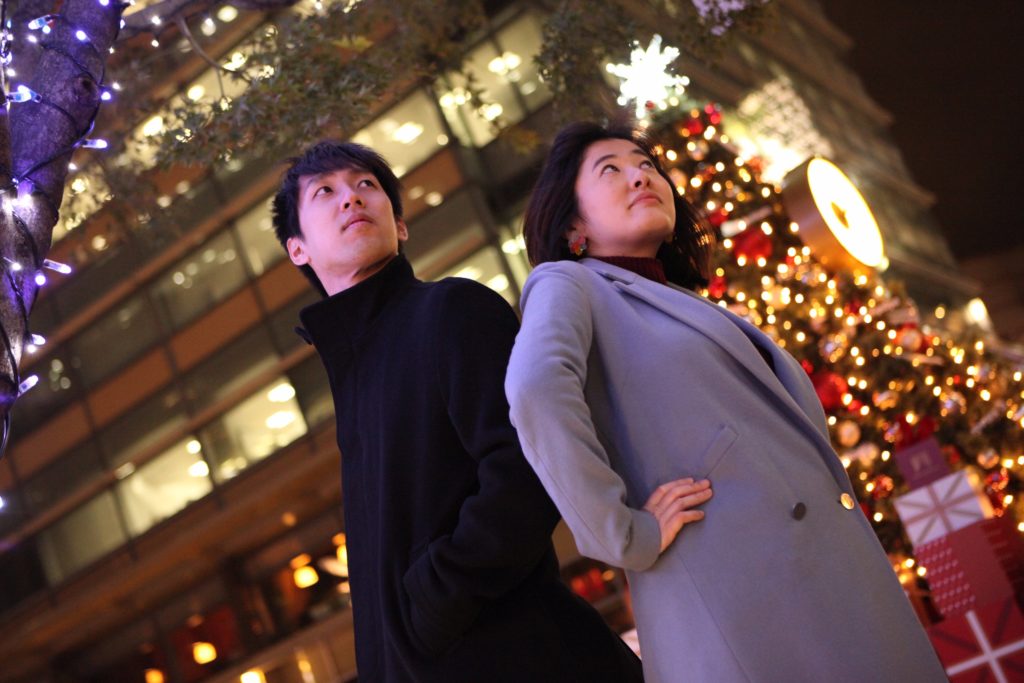 Part Nine: “I Want to Have a Shameless X’mas!”
Writers Yuzuki Asako and Asai Ryo
profile the lyrics of Hello! Project songs! 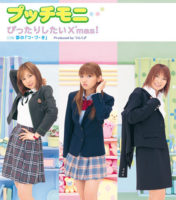 Yuzuki: Shibasaki Tomoka, the Akutagawa Prize winning author, said that she was hit by the sheer destructiveness of the line “atama no naka hotondo kareshi” (“my mind is filled mostly with thoughts of my boyfriend“).

Asai: Right. That was the first time she’d heard the song.

Yuzuki: And remember: although the protagonist uses the word “boyfriend,” she’s talking about a person she’s never even met yet!

Asai: Yes. “Rairaishuu ni wa kareshi wo kimetai” (“I want to find a boyfriend by the week after the next“). She’s busy thinking about the mental representation of the boyfriend she has yet to meet.

END_OF_DOCUMENT_TOKEN_TO_BE_REPLACED 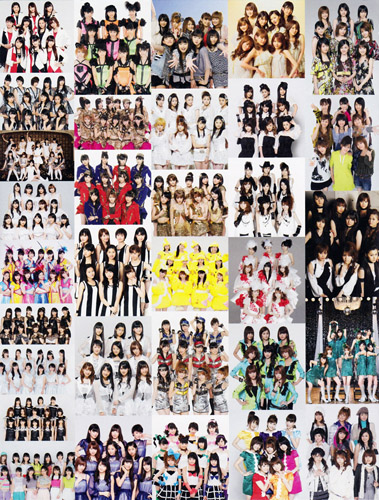 — It feels like a lot of the Platinum Era songs were tragic love stories. Was that your image of the members at the time?

Tsunku♂: No. That was just as per the office’s orders to me.

— “SEXY BOY ~Soyokaze ni Yorisotte~” was the first song in a while where you actually changed the choreography as you had done previously with “LOVE Machine.” The whole “ai~n” thing… (laughs)

Tsunku♂: It didn’t look quite like that when I first came up with it, but when the members themselves did it, that’s what it became. (laughs) Well, it’s still good as it is.

— The members all looked to be having so much fun in that music video, too. It feels like a lot of the songs from that era were dominated by Fujimoto’s voice.

Tsunku♂: That could be. Fujimoto’s voice was the closest to all the idols from the 70’s and the 80’s, or the good era of J-pop kayou kyoku. She was a strange girl in that when we were in recording, once every ten takes she’d give us a miracle. “Ooh! Great job on that verse! Could we get another take like that one, please?” And then when she’d sing it again, we’d be getting something completely different instead. (laughs) “Huh? What’s wrong?” But the one miraculous take she’d give us would always be something we could use. She was actually very bad with rhythm, and yet, sometimes she’d be spot-on. It really was strange recording with her.

— Fujimoto had the image of being a flawless singer though.

Tsunku♂: That’s the miracle of recording technology for you. (laughs) Still, Fujimoto really did have a great voice, and moreover her singing was expressive. You can really hear it. And that’s great. In contrast, Matsuura had a flawless sense of rhythm, but her singing could at times sound dispassionate. But she, too, was a great talent and she was pleasant to listen to. I used to think how nice it’d be if I could find someone who was right in the middle of those two in terms of their abilities. But then it was also because they were so contrasting that they got along so well, and it could be why the unit they did together was so fun.