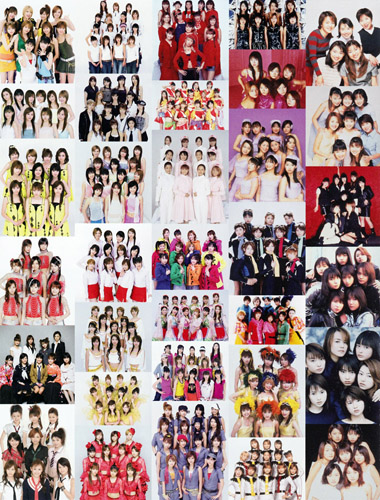 Into the Golden Era!
The Aesthetics of a Producer

Tsunku♂: “Morning Coffee” was a success based purely on cuteness. Up to “Daite HOLD ON ME,” Morning Musume had been a successful idol group among males as well as the female viewers of ASAYAN. There were some difficult times after that, but thanks to “LOVE Machine” I could now see what it was that I needed to do. Office ladies, grandpas, grandmas, children — everyone liked Morning Musume. They had become successful. FM radio, cable radio, karaoke — every day you could hear the support for the group. It made me happy.

Now then, here’s where it gets interesting…

— The momentum immediately spurred you into creating a new unit: Pucchimoni.

Tsunku♂: People calling Abe the “mother ship of Morning Musume” now felt only like a fleeting moment in memory. Goto had arrived. The group was gaining in popularity fast with Goto in the center of it all. By the time her summer vacation ended, Goto had already changed her hair — she was back to being a normal, black-haired junior high schooler. I decided to create a new unit with Goto, the focus of everyone’s attention; Ichii, who was as dazzling as always; and Yasuda, who was plain but happy-go-lucky.

When the main group is doing well it suddenly starts to feel like it might be dangerous to try out certain things with it, and so my thinking was that I could get away with trying those things if it was a sub-unit instead. If Morning Musume was curry rice, then Pucchimoni was like the pickled onion on the side. In my mind, the way I saw it at the time was similar to Mazinger Z and its small pilders — they’re usually together, but the pilders can also operate by themselves. (Though don’t ask me what Mazinger Z gets up to during that time. (laughs)) But it was because of “LOVE Machine” coming first that “Chokotto LOVE” could materialize — both the music and the music video.

END_OF_DOCUMENT_TOKEN_TO_BE_REPLACED 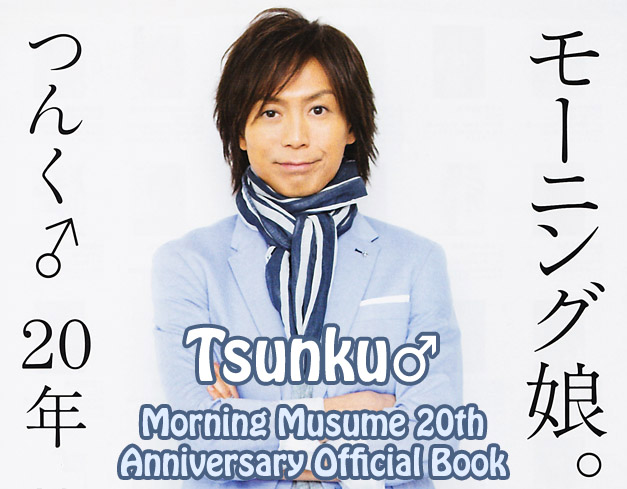 I never imagined that it would go on for this long. I do believe it wouldn’t have been possible without all 41 members of Morning Musume, both current as well as those who graduated, leaving the nest in order to find their own paths in life.

The god of music must have been watching over us all.

The reason the group has gone on to exist for 20 years is thanks to you, the members, for having been there to express my music. I look forward to seeing how many more years there are to come. Let us both continue facing the music with sincerity in our hearts.

— Congratulations on the 20th anniversary.

Tsunku♂: Thank you. It really is an achievement to have come this far. The group never had to experience any truly painful times, nor was there ever a time when someone was ordering them to stop despite them wanting to continue. So while it is partly that they’ve just been blessed with good luck, I am nevertheless grateful.

The Birth of Morning Musume

— I’d like to start at the very beginnings of the group. You yourself are an artist, appearing first as a member of Sharan Q, making you someone who would go out there on stage yourself. Did you always feel strongly about wanting to produce others?

Tsunku♂: I remember seeing Komuro Tetsuya back then, leading the way by being busy not only with his own musical activities but also as a producer. That was something I admired. There was something that just sounded appealing to me about the word “producer” at the time. But I had already established myself as a mere member of a band — I wasn’t the type who could stand in front of an orchestra waving the conductor’s baton. I hadn’t received any sort of a proper musician’s education at a young age. So the truth is that I was worried. “How should someone like me react when they’re suddenly called a “producer” or a “teacher”?” I didn’t know if I was actually up to it… but something told me that if only I just tried, I would be able to pull it off. Though I was basing this on nothing, of course.

— So that was what was running through your mind when you first met those girls.

Tsunku♂: Yes. By sheer coincidence, there were these five girls there who just happened to know even less about music than we did — but they all really loved to sing.

END_OF_DOCUMENT_TOKEN_TO_BE_REPLACED

People who have been fans of Morning Musume for 15+ years: who is the greatest member of all time? 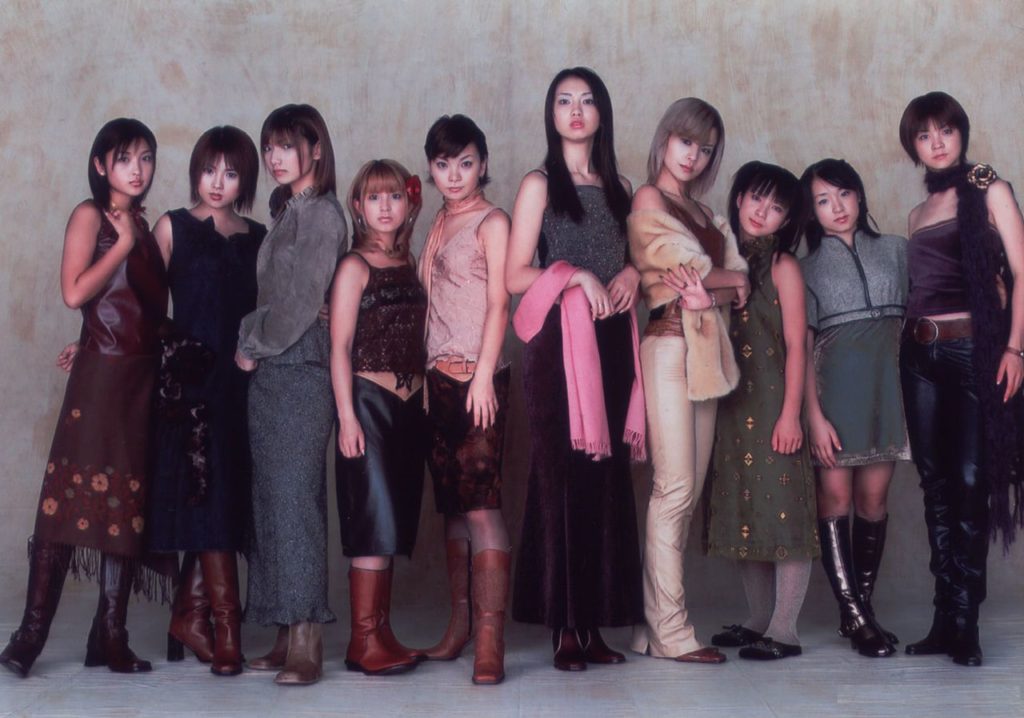