What are all the Sayashi Riho fans up to these days? 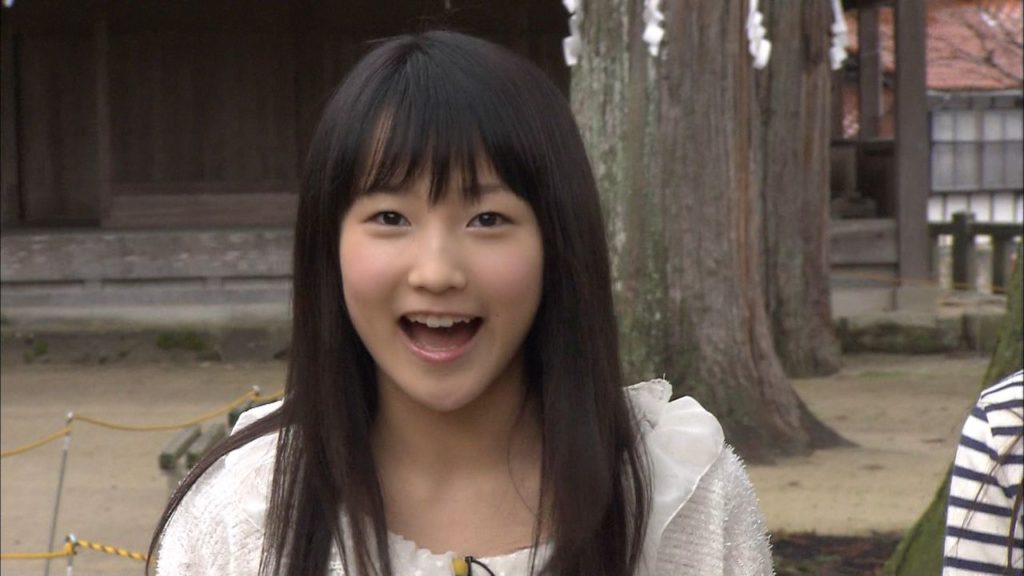 1. カラフル名無しさん 2016年12月10日 12:09 ID:yKmA59HM0
I graduated from going to their concerts. I still want my Sayashi information though, so I just check the matome sites.

2. カラフル名無しさん 2016年12月10日 12:25 ID:QKlphHTL0
Same here. I’ve graduated from all wota activities including stuff on the net, but I still check up on the matome sites.

6. カラフル名無しさん 2016年12月10日 12:31 ID:vq3OUExU0
The other day I met up with a Sayashi wota acquaintance for the first time in a long while. He took her graduation as an opportunity to graduate from H!P as a whole and switch to being a Keyakizaka wota. It feels like many of H!P’s current wota use graduations as a chance to quit being an H!P wota altogether. I think Nogizaka46’s momentum and Keyazaki46’s debut are attracting lots of wota from other groups, too.

9. カラフル名無しさん 2016年12月10日 12:37 ID:vq3OUExU0
I had a Zukki wota acquaintance who also quit being an H!P wota and switched to Keyazaki following her graduation. Meanwhile, a lot of Michishige and Berikyuu wota seem to have switched to Nogizaka.

13. カラフル名無しさん 2016年12月10日 12:52 ID:vq3OUExU0
H!P has just had too many members leaving as of late. Same goes for SKE and NMB. It’s only natural many of their fans are going to follow them on their way out.

15. カラフル名無しさん 2016年12月10日 13:05 ID:j.jEfDo10
It’s not just Sayashi’s graduation. It’s because it came after the combination of Michishige graduating, Berryz halting their activities and Tsunku leaving H!P. That’s why it hurt so bad. It’s not that I’ve completely lost interest in H!P, but I’ve stopped going to the concerts, and I’ve stopped buying singles that aren’t written by Tsunku. Especially the groups that were formed post-Tsunku, Kobushi and Tsubaki — I don’t even know their names or faces. That’s the extent to which my passion towards H!P has been exhausted. I quite like guys such as Hoshibe Shou, but that’s not the point. The point is that Tsunku was the core of H!P — he’s the one who gave H!P its unique flavor which is now fading away. For example, I feel S/mileage was so much better than ANGERME. Sorry for the idle complaints…

17. カラフル名無しさん 2016年12月10日 13:17 ID:4PqCIac90
I was originally an anime wota, so I just went back to that. But I still want my Sayashi information, and the members who came in because they admired Sayashi — Haa-chin and Chel — are cute, so I still check on them from time to time on matome sites and blogs.

19. カラフル名無しさん 2016年12月10日 13:48 ID:vq3OUExU0
Right now, it’s like the office, the members and the fans are all facing different directions. I can’t help but feel a lack of enthusiasm towards H!P. It’s become so scattered, just like with SMAP right now. Even their concerts have had a foul atmosphere since last year, and this year it’s only gotten worse. I still remember how bad the atmosphere was at the first performance of last year’s Countdown concert, and it just remained that way until the second performance. Even in the Kanto area there are less people attending the concerts and live performances — you can now easily get same-day tickets. Prices, too, for their tickets and goods have taken a nosedive. At Meimei’s and Zukki’s graduation concerts last year, it was obvious how the upper seats in the venue were all empty and the concerts themselves just felt like the same old, same old. There was no excitement. Thinking about it now, the same kind of thing happened when Momoclo’s Kawakami Akira — who is a capable manager — was removed from his position and then the group became all weird.

21. カラフル名無しさん 2016年12月10日 14:22 ID:yKmA59HM0
As someone who previously owned only Western music CD’s and who became hooked on Sayashi with The Matenrou Show, I quit being a wota. I’m still in contact with many of the Sayashi fans I met at concerts and bus tours. Those guys were idol fans to begin with, so they just found their next oshi within the group or they became H!P DD’s. Speaking just about the people around me, it feels like about 70% of all the Sayashi fans remained with H!P. As a wota graduate myself, I still come to the matome sites just to get information on Sayashi.

30. カラフル名無しさん 2016年12月10日 18:54 ID:vq3OUExU0
※２７
Of course there will be people like that when their oshi members graduate. Especially now that it’s an era where replacements for all kinds of idols are dime-a-dozen. A part of it is that they can’t find a member they want to switch to within H!P, but I bet for many of them it’s also because of how awful the office (as in the management) is. Although, to be fair, this could also be said for a lot of other idol groups, too.

29. カラフル名無しさん 2016年12月10日 18:49 ID:Y7dGhZ6O0
I keep supporting Mari/Maa/Saku while reminiscing about Shuwapoku and rewatching their videos.

32. カラフル名無しさん 2016年12月10日 20:09 ID:gBtGpyce0
Honestly, when Sayashi was still in Musume, people were throwing insults at her so much I just couldn’t bring myself to become a fan of anyone else in the group after that. With the amount of hate she got from wota prior to her graduation announcement, I always kept wishing she’d just have a solo debut. And I still do. I’m still waiting.

36. ＳＵ－ＭＥＴＡＬ 発見 2016年12月10日 21:25 ID:lP7x.d.D0
I felt so depressed after Sayashi-san’s graduation, I couldn’t even think. One day, I just happened to be thinking if Sayashi might’ve been influenced to go abroad by BABYMETAL, who also has a member from her hometown of Hiroshima and who were themselves doing activities overseas. I just randomly checked them out on YouTube and I became completely hooked. Yassan, I discovered this whole new world all because of you! Thank you!

44. カラフル名無しさん 2016年12月11日 05:01 ID:8QhLiguj0
I quit being an idol wota after Sayashi graduated, though perhaps there are still some lingering feelings there considering I still come to matome sites like this every once in a while. I like the looks of the girls in the Zakamichi groups, but it’s impossible to really get hooked on another idol group when I was once a fan of Musume with Sayashi in it — and the preceding Platinum Era Musume.

42. カラフル名無しさん 2016年12月11日 03:06 ID:txpZNifY0
I haven’t found a new oshi. I just keep rewatching old videos from time to time. I haven’t become a fan of any other idol group, nor can I get hooked on any non-H!P songs either. Please come back, and bring Zukki with you!

Henkka: Allow me a bit of monologue here. (I had a couple of drinks while working on this thread.)

This turned out to be another one of those threads. I started translating it, thinking it was going to be like the Reina thread I did a couple of years ago. And yet, the further and further I got… it turned out to be just another negative thread about current H!P.

I’m just like every other H!P fan: I always had my favorite as well as my least favorite members. And although I may have made clear who my favorites are, I don’t think I ever specifically expressed on here that I dislike any one member. Because what would be the point? I see no good arising from me telling you that. After all, Wota in Translation was and is, in my mind anyway, a fan site.

In keeping with that policy, I never translated threads that were in my mind hateful. That is to say, to me, even the weirdest stuff I ever posted here was all out of love. Or perhaps, at worst, curiosity. I’ll sometimes look at the forums where this site is linked and I’ll see people saying things along the lines of “2ch can be an awful place, but WiT is pretty good about covering only the more tongue-in-cheek, positive stuff.” (Well, other people say “WiT is garbage and the guy’s horseshit translations fail to convey the intended meaning.” But I’m trying to make a point here.)

What I’m trying to say is, I’ve always tried to limit myself to not doing too many of these threads. And even when I do, I try to keep it balanced to the best of my ability. I never want this place to be thought of as an “anti” site. I still hope it isn’t considered one — regardless of my personal views towards current H!P that I’ve stated every now and then. But, as I translate comments like: “Tsunku was the core of H!P — he’s the one who gave H!P its unique flavor which is now fading away,” and I find myself nodding in agreement as I do, I realize that perhaps I shouldn’t be the one translating this particular thread if I want to keep the site free of negative bias as I’ve always tried to.

I love nothing more than a good old joke thread that gives me a laugh — and to translate the jokes well enough that they make you laugh, too. But dammit, is it hard to find threads these days that are free of any negativity whatsoever. And at this point it’s become hard to tell: is there really a more negative sentiment towards H!P on 2ch these days, where it tends to always overtake threads like it did here? Or is it actually just my personal opinion shining through despite my best efforts?

All of this is just a long-winded way of me saying: if one day you guys find that I’ve definitely crossed the line of neutrality and become a “hater” beyond any doubt, call me out on it. Point me to this post and say “Henkka, you motherfucker. You’ve really done it now.” If that ever happens, I’ll try to listen. 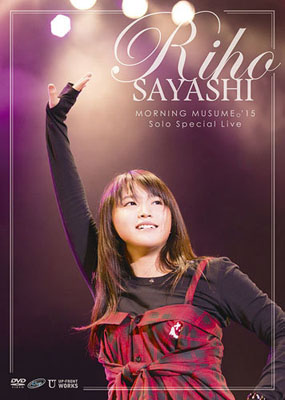 36 comments on “What are all the Sayashi Riho fans up to these days?”