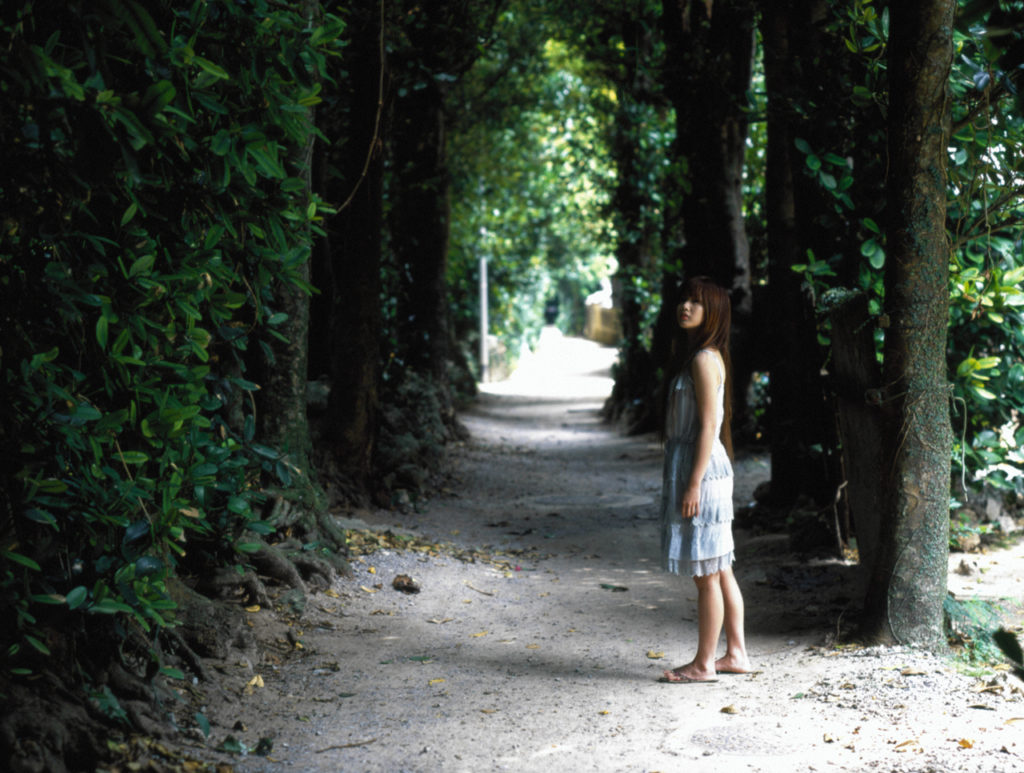 “In the beginning, almost nothing was fun or pleasant. It was all painful.”

There was a misunderstanding that Niigaki had been able to join the group because of “special considerations.” Some fans took these negative rumors about her and began spreading them as if they were true. With broadband providers such Softbank Japan and Yahoo!BB entering the market, the year 2001 was one where the internet as a whole had already begun to become widely available in Japan, and online bashing towards Niigaki became very rampant. Even when the group was on stage, things like inconsiderate heckling and booing towards her would persist for a long while.

At the time, Niigaki was only 12 years old.

“There was this one concert where it was especially obvious that I hadn’t been accepted by the fans, and both my parents happened to be in the audience that time. After the concert ended, the three of us had a talk and we made a decision. “Let’s stop this already.” But after we talked it over with the staff, they convinced us to give it one more try. I then came to notice how there were some fans who supported me. There really weren’t a lot of them, but there were a couple — just a few people that supported me.”

6: 名無し募集中。。。 2018/07/10(火) 12:24:45.65 0.net
It’s bad enough people were saying stuff about her on the internet, but the fact that there were people yelling out inconsiderate things towards a 12-year-old even in public? I can’t believe it. Well, at least I’m good — at the time I was at home getting beat up by my parents instead of going to concerts.

137: 名無し募集中。。。 2018/07/10(火) 12:54:29.97 0.net
She talks in-depth about this in the 20th Anniversary Official Book. She completely denies the allegations about her having joined the group thanks to some connection. Gaki-san simply got to appear in some commercial as an amateur, and she had the bad luck of it being broadcast at the same time as the auditions.

50: 名無し募集中。。。 2018/07/10(火) 12:36:03.62 0.net
Having your parents witness something like that firsthand… Man, that’s rough. This must have been super unpleasant and difficult for her, her parents, and probably even most of the staff and the other members. 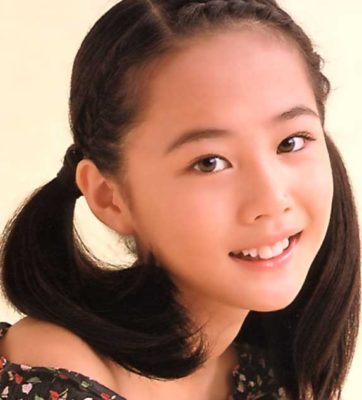 1. ℃-uteな名無しさん 2018年07月11日 08:02 id：Fz3rd8UJ0
Gaki-san really is amazing for having done her best at the time and showing no weakness. That was no way to treat someone who truly loved the group that she had joined.

8. ℃-uteな名無しさん 2018年07月11日 08:56 id：oJg2sCRY0
A piece of dark H!P wota history. Only accepting new members if they were complete amateurs — that’s almost unthinkable in this era. What an incomprehensible thing to fault someone for. This was pretty much bullying. To all of you old guys who were bashing her at the time, you should take this opportunity to reflect.

17. ℃-uteな名無しさん 2018年07月11日 10:10 id：AOxZc0Fo0
I was only an elementary schooler from the countryside at the time, but I still remember that unpleasant feeling in the air those days. I only later learned about what that atmosphere in the venues had been all about. I was shocked because I never realized it was something that awful…

All I can say is: thank you for doing your best, Gaki-san. I know there’s been stuff happening in your private life lately, but I genuinely wish for your happiness.

2. ℃-uteな名無しさん 2018年07月11日 08:32 id：QLrQXUTE0
Like Sekine Tsutomu says in his book: just don’t take things to heart. Instead, it’s better to be confident and just think, “I’m much better than you — someone who just insults others.” But then I suppose that’s easier said than done.

3. ℃-uteな名無しさん 2018年07月11日 08:42 id：En.cbIWU0
There’s not a chance that a 12-year-old is going to be able to so calmly rationalize things. She may have been able to put on a brave face in public, but the truth is that she must have been deeply hurt.

10. ℃-uteな名無しさん 2018年07月11日 09:03 id：zwW2uRXk0
This is still so unbelievable to me. Sure, people on the internet will always shout abuse at others if they can do so with anonymity. But doing so in person to a 12-year-old girl is just fucked up. These people must’ve not felt even the tiniest amount of guilt.

15. ℃-uteな名無しさん 2018年07月11日 09:42 id：FFqSQPjb0
※10
Our sense back then was that this group we cheered on had won their popularity through their own merits, and now it had suddenly been unfairly contaminated by someone through some unknown connection (although it turned out to be false). It’s really the office’s fault for thinking the problem was just going to go away on its own if they kept quiet about it.

18. ℃-uteな名無しさん 2018年07月11日 10:13 id：zwW2uRXk0
※15
No, I don’t care what the context may have been. My point is that I can’t believe you people had the nerve to directly criticize a 12-year-old girl to her face like that. Had you been complaining to her office or her parents, that would be one thing. I don’t care what your reasons were: the fact is that you — a bunch of fully-grown adults — ganged up on a girl who had been an elementary schooler only a short while before. Did you not feel an ounce of shame, or that you were acting childish?

21. ℃-uteな名無しさん 2018年07月11日 10:18 id：FFqSQPjb0
※18
You must know the context in order to be able to talk about this. The common understanding at the time was that even if the office and her parents had pushed her into the group, it wouldn’t have happened had she herself turned it down. Yet, she simply joined the group without a second thought, trying to look all innocent. The problem wasn’t going to be settled before she quit the group. She decided to take part in the auditions, so she should’ve also decided to quit. This isn’t a matter of whether she was a child or not. (Though since it was all a big misunderstanding, there was no way that it was ever going to get resolved anyway.)

24. ℃-uteな名無しさん 2018年07月11日 10:50 id：mwlqao9g0
“Though since it was all a big misunderstanding…” my ass. You’re messed up in the head to even turn some completely baseless, idle gossip into your “common understanding.” Conspiracy theories like this continue to spread among H!P wota even today. Anyone who believes any of it even for a second should take a moment to cool off. It’s safe to assume that damn near 100% of all wota fantasies are completely wrong.

30. ℃-uteな名無しさん 2018年07月11日 11:55 id：lKuOWZBU0
As someone who also lived through this era, I agree with ※21. You guys are talking about people “ganging up” on a 12-year-old, but you’re thinking about it in terms of today’s sense of values. You’re forgetting that back then there were lots of low-teen girl groups like SPEED and Whiteberry who were very professional. Also, part of the appeal of the group back then was how it was this success story of a group of newbies. It’s not the same as it is now with all the ex-local idols and the whole Kenshuusei system.

31. ℃-uteな名無しさん 2018年07月11日 12:00 id：ol3YlNfl0
Again, it doesn’t matter what the what the circumstances back then were like. That doesn’t give you an excuse to insult someone like that.

※30
Oh, so it’s okay to blame someone like that — as long as they’re a “professional.” What is wrong with you?

40. ℃-uteな名無しさん 2018年07月11日 13:11 id：lQMFjTaJ0
It pisses me off to think that the guys who were bashing her back then don’t feel the least bit sorry about it. These have to be the same people who get the wrong idea and they’ll go to handshake events or on the internet and they act all high and mighty, going “I’m your valued customer — I deserve your service.” People like ※2 and ※30 make me sick.

49. ℃-uteな名無しさん 2018年07月11日 13:36 id：oJg2sCRY0
It’s completely obvious that the guys who were bashing her don’t feel an ounce of remorse. It’s amazing that these people have managed to remain as H!P wota to this day, while still keeping all their old ways of thinking and suspicions of “connections.”

52. ℃-uteな名無しさん 2018年07月11日 13:40 id：UY.xhQ0U0
Meanwhile, you people who come in here waving around your second-rate sense of justice are the people who actually end up doing zero good out there in the real world.

70. ℃-uteな名無しさん 2018年07月11日 14:52 id：IoSr.Bl90
Even now there are ongoing, constant attacks against Kaga-chan — a minor — by female wota on Twitter, and I’m sure the same nutjobs who were doing stuff like burning Gaki-san’s pictures at the venues are still going to their events to this day. The thing with Gaki-san never really ended; it’s just changed forms.

104. ℃-uteな名無しさん 2018年07月12日 00:01 id：SUtXwVxG0
I was always under the impression that even if some H!P wota said awful shit online, they never brought it with them to the actual venues. That’s until I learned of this episode.

These people are the lowest.

93. ℃-uteな名無しさん 2018年07月11日 22:05 id：qeQQmtVo0
I read every comment so far and I came to a realization.
If the people who were bashing Gaki-san would all just die, that’d settle everything nicely!

Henkka: I need a fucking drink. 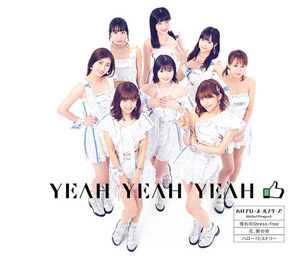 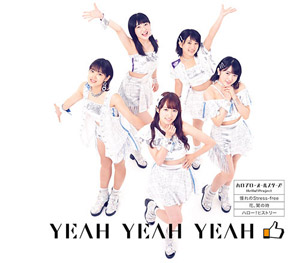