Okai Chisato makes reporters laugh by joking about her scandal 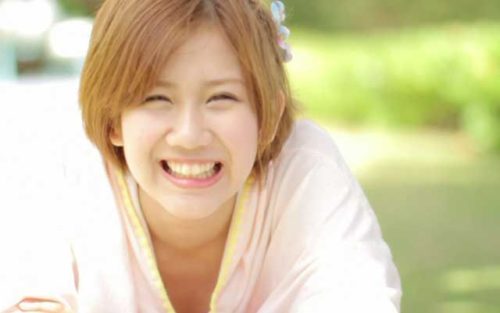 (Translation of video below.)

Reporter: To change the topic: Okai-san recently had her “photograph debut“…

Okai: Yes. I feel very sorry about all the trouble I caused. While they were only my friends, I recognize that I have to keep in mind the fact that I am an idol, and behave accordingly. I hope to have your continued support.

Reporter: What was going through your mind when you first heard the pictures were to be published?

Okai: But I knew there would certainly be no pictures of me alone with just one guy, so I was wondering what they were going to write about. I felt nervous.

Reporter: Did you later talk about it with Sudo-san who was there with you?

Okai: We were going, “so they’ll publish even stuff as minor as this!” But like I said, as I am an idol, I caused the fans to worry and many have probably misunderstood my relation to those boys. I have to be mindful of that and realize that people are watching.

Reporter: How about the other members: what did you think when you saw the article?

Okai: Nooo! You’re going to ask them right here?! (laughs) This is scary!

Yajima: Well, with only eight months left, I just felt that we need to once more be united as a group.

Reporter: So is it okay to assume there will be no more incidents like this in the following eight months?

Reporter: So in other words, once you’ve graduated, this sort of thing might happen again?

Okai: (laughs) Well, what I mean is, after June I’m going to continue hanging out with my guy friends as usual. But until then, I’m not going to contact them. I’ve even changed my LINE address and all.

Reporter: Did leader Yajima-san get angry at her for this?

Yajima: To be honest, I did feel shocked as it happened just after we’d agreed to keep doing our best until June. But Chisato properly apologized and asked us to allow her to keep doing her best together with the rest of us, so I want the five of us to once again work together as a team.

8: 名無し募集中。。。 2016/11/05(土) 10:21:29.34 0
– Peeking from above at Maimi sitting on the toilet.
– Being selfish by asking them to change the order they go in to do voice training.
– Causing a scandal immediately after the group agreed to pull together as a team following their breakup announcement. 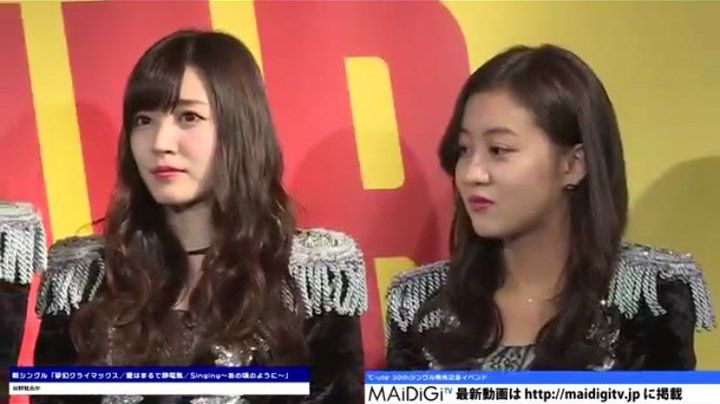 5. 名無しのハロプロさん 2016年11月05日 16:40
Maimai must’ve been worried the whole time that someone was going to ask her a difficult question. (laughs)

46. 名無しのハロプロさん 2016年11月06日 17:30
Something like this doesn’t even count as a scandal. The reporters were all laughing at Okai-chan’s comments, and I bet a good portion of even the °C-ute fans and fans of other groups really didn’t think much anything of it either.