H: Just in case you missed the previous entries on this subject, you should read them first. 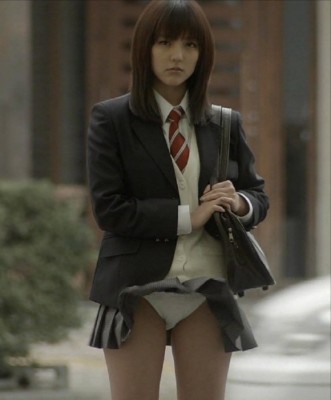 I had a day off from work today and I was thinking about going out somewhere, but instead I just decided to take it easy at home. I watched TV and my recorded programs as well as the video from yesterday’s rehearsal, and took an afternoon nap! Or, since it was already evening, an evening nap. I felt happy and lucky the whole day!

I watched the first two episodes of “Saito-san” that I’d recorded! Saito-san is so cool!

Everyone in this world just has to become like Saito-san.
You can’t care about what others might think! You understand, don’t you?
You’ll feel better about yourself, too!
So that’s why we’ll all become like Saito-san!
(Note: this paragraph is meant to be read like Kananan’s opening speech from Yattaruchan.)

How about it!
Saito-san is a true Yattaruchan! She doesn’t care about what others might think of her. If she thinks she’s right about something, she does her everything to get it across! So cool!

Also, “Woman“!
It’s a drama that doesn’t feel like a drama. It has something strange about it that I’ve never seen until now, and it just sucks you right in!

It’s about the hardships of life and what it is to be a mother!
It has the same kind of coolness as Saito-san!
Saito-san is cool in a heroic kind of way, and Woman just oozes the strength of a mother! It shows how, if you keep believing and going “I’ll persevere, I’ll persevere!“, you’re going to tear down any kind of obstacle that’s thrown at you!

So cool!
So cool!
Yattaruchan!
Woman!

There’s lots of difficult things in this world, but you just have to face them.
You can’t blame yourself! You get it, right?!
Everyone is surely going to support you!
So that’s why you have to take it easy-chan every once in a while!
(Note: again, read the paragraph in the voice of Kananan in Yattaruchan.)

I’m glad to have come across such a wonderful drama!

Drama shows have lots of things you can learn from them, so I’m going to keep checking out various genres from now on! 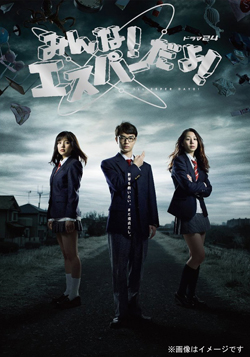