In that sense, I feel that small girls like Morning Musume’s Yaguchi are able to make men feel at ease — and it’s through that very smallness of theirs.

Some men have a thing for small girls almost instinctively. They can’t help but fall for them. But our current society has led to men now having a thing for small girls for a whole other reason. I would bet that guys like that don’t see Yaguchi as someone they have a sexual preference for per se, but as someone who simply soothes their hearts. Guys like that are so charmed by that aspect of Yaguchi, they become huge fans of her. “As long as Marippe is there, I don’t care about anyone else!” It seems that quite often many of them will have no interest in any of the other members of Morning Musume.

When I first saw Yaguchi at the studio, I remember thinking just how astonishingly tiny she was. 145 centimeters. I was going, “what!?” And yet, her actual proportions were completely normal — she was simply miniature in size — so it wasn’t a negative for her at all. There’s this cute, fairytale-like atmosphere about her. When she’s appearing on TV, you compare her to the person next to her and you realize “oh, she’s tiny!” But when they’re showing her and her alone, I feel like people have no idea how tiny she actually is. 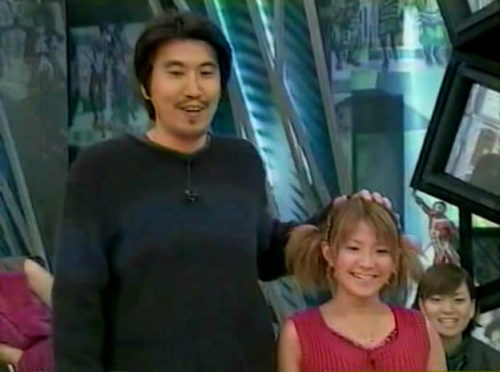 Morning Musume already had smaller members like Abe and Fukuda to begin with, but as you might expect, even Fukuda was surprised by just how tiny Yaguchi was. When we told them that there would be three more members joining Morning Musume through auditions, the existing members were asking us things like “are the new girls cute?” However, Fukuda alone asked: “is there anyone smaller than me?” She asked the question with a hint of, “well, surely there could be no one smaller than me…” When we told her that there indeed was, she had this expression of pure shock on her face.

When Fukuda learned that someone smaller than her was joining the group, I do not know whether she felt a sense of danger along the lines of “someone is going to steal my place as the smallest!,” or if she instead felt happy thinking “yay, I’m going to have another small friend!” But I do think she was aware that “being small” was one of her positions within the group.

Being short is one of a person’s many outward properties, so I would think Fukuda, in her life up until so far, had been teased about it quite a bit. Whether someone is able to take that sort of teasing and make the most of it, or if they just become disillusioned because of it, is of course all up to them. Still, I’m sure it does get old and that’s something that other people might have a hard time recognizing.

Yaguchi actually has a little sister. She’s only a fourth grader, but according to rumors, even her little sister will soon be surpassing Yaguchi in height. That’s something she might feel a bit sad about. A while ago, she actually walked up to me out of the blue. “Tsunku-san, Tsunku-san! Look at my shoes! These are 18 centimeter heels!” Is she lovable or what?

However, being short is a kind of a talent. Apparently, prior to her joining the group, Yaguchi didn’t think her being short was a particularly good thing. But once she joined Morning Musume, I think that’s when she got it. “I’m glad I’m small. Being small is my charm point!” I don’t get the sense that she’s trying to use being small as an asset or anything, but I do see in her the feeling of “I’m going to give it my best as my small self!” It’s important that she herself has realized that she’s fine the way she is. That’s why, even now, Yaguchi never wears shoes that would make her look taller than the other members.

She does occasionally say she doesn’t like being small. But deep down, I don’t think she minds it at all. She does have a bit of a complex about being plump, but that’s nothing new for a young girl. Besides: she’s apparently lost a bit of weight as of late.

It doesn’t seem to me like there are that many girls these days worrying about how tall or short they are. I feel like everyone’s realized that the taller you are, or the shorter you are, the cooler you can be. It’s true that you stand out if you’re way taller or way shorter than everyone else and you can get teased for it easily. Height may seem like an obstacle, but I most certainly don’t think it’s a bad thing by any means. Let them tease you. Besides, if it’s what you want, you can work hard and make something else be your main appeal.

Tall or short, you shouldn’t make it into a complex. Instead, I hope that you understand that it’s something that other people envy about you.

No matter what they’re doing, small women always look lovable, wholehearted, earnest, and like they’re going for it with all their might. That “small girl image” is always what people see first, and some people might be quick to think that that’s also what all their personalities must be like — it’s what causes many guys’ hearts to throb. But, of course it goes without saying that even small girls come equipped with all kinds of different personalities.

In Yaguchi’s case, while her outward appearance may have something about it that makes you want to protect her, she actually has an unexpectedly strong personality despite that image.

She’s punctual. She’s cheeky. She doesn’t cry often, and she never shows weakness. Instead, she’s rough and she can take a lot of hits — that’s why when the other members are making jokes at her expense, it’s really, really funny. I bet she’d be hugely popular at mixer parties just because of how well she could take it when she’s teased. 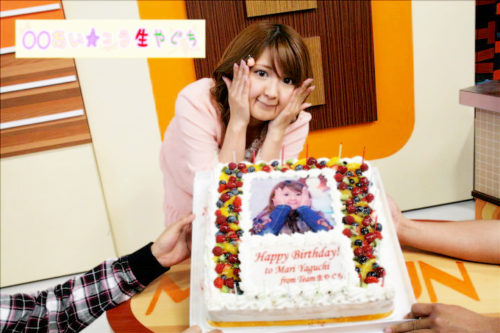 Another reason she gets teased so much is because she’ll often make such cheerful, lighthearted statements. When Yaguchi first saw their new member, Goto, she went “I want to dye my hair blond, too!” And so when Ishiguro shot her suggestion down — rather hard — Yaguchi just replied “Oh, okay then. He he he.” Had it been someone like Iida saying she wants to dye her hair blond, the reception would’ve been completely different. “Hang on, Iida! Let’s sit down and think about this for a second before you do anything rash!“

The great thing about Yaguchi is how bright her personality is. She’s the most talkative member, and she’s also very good at maintaining back-and-forth conversations — something of a rarity with young girls these days. She’s never sarcastic, and she has zero qualities that would make other girls dislike her.

It truly was the right call putting this girl in Morning Musume.

It might sound surprising when I’m saying this now, but there was actually opposition to Yaguchi joining the group almost until the end of her audition process — although no one was opposing her anymore by the time the very final decision was made. The reason for it was that she didn’t give off a particularly flashy impression when we were just in the initial stages of screening their photographs. However, with Yaguchi passing each consecutive phase of the audition process, more and more people on our staff started becoming fans. Even during her auditions, she started showing us things that quickly overshadowed that first impression of her being just a “small woman.”

Even after her debut, Yaguchi continued to develop her character and position within the group. Once I saw her doing so, I felt this girl was going to become like a kind of bridge between the old and the new members.

That’s one of the reasons that, when I created Tanpopo, I put in two old members and a new one, Yaguchi. Someone who had up until then been just one of eight people was suddenly one of only three. It gave her a sense of responsibility, the opportunity to sing main vocals, and the chance to bask in the spotlight. It made her even more popular than before. It must’ve made her feel more confident, too, and the older members soon acknowledged her. That, in turn, made Yaguchi into the kind of a “bridge” I’d imagined. Soon enough, she’d gotten the other two new members to come out of their shells. Fukuda had soon become very good friends with Ichii, and Yasuda would constantly be listening to Iida complaining about this and that.

Yaguchi ended up perfectly fulfilling her role as a link between the members. When I think about how much it meant for Morning Musume as a group, it’s obvious to me how hugely important it was for Yaguchi to be there.

“Let’s eat our box lunches together at the next sports day.“

Yaguchi is the type of girl who could give guys the confidence to be able to suggest something like that to her.