It’s way cooler to be ugly
than it is to be just “kind of” cute!

In the eyes of society, almost all of the girls who are well-liked are the ones who are sociable, have big eyes, great bodies, fast feet, and are always within the top three most popular girls in class.

But let’s say there were 20 girls in a class — I’ve always been someone who’d probably fall for something like the 12th cutest girl of those 20. I like the girls who society might deem “ugly.” If you asked me why I like ugly girls, it might be a bit hard to explain as it’s all a matter of taste, but I guess what it all comes down to is: if they have that one charm point about them, I can forgive everything else.

It feels like society itself is going through a kind of “ugliness boom” right now. A part of it is because of how R&B got so popular. ’99 was definitely the peak year of this “ugliness boom” in Japan. It feels like all those R&B and “afro groups” specifically tried to make themselves look uglier. Taiyou to Ciscomoon’s Shinoda Miho might be an example of this. To me, Shinoda was the first person to succeed in popularizing ugliness.

Ugliness was always the theme with Taiyou to Ciscomoon from the beginning. When I created this unit on ASAYAN, I was naturally thinking about the group I’d created before them: Morning Musume. Morning Musume was based on the theme of “cuteness,” so when it was time to figure out the new group’s direction, the first thing I thought of was “funkiness.” And when you speak of funkiness? Well, my image of it also includes “ugliness.”

And the members pulled it off great. Once the auditions had ended and the members were decided, we sent them to America, telling them to go “become funky and come back.” And when they came back, they’d become amazing. Shinoda’s ganguro style and afro in particular were just wonderful. I had to give her an honest round of applause when she came back. “That’s great. You’re a funny one.“

Just like how Morning Musume showed with “LOVE Machine,” when you’re trying to be funky you can’t be hung up on your feelings and let them stop you. Take the stereotypical person at parties who goes “alright, I’m going to do an impression!” and then they do some terrible impression while looking all embarrassed about it. Don’t you just feel like punching people like that? It’s us who feel embarrassed watching you. “Who cares if you look anything like who you’re doing an impression of — just do it properly!” That’s what I think. The dancing in “LOVE Machine” and the funkiness of Taiyou to Ciscomoon are funny because they do it so seriously. And more than anything, it’s cool!

I remember us being tough on the members when teaching them the dance to “LOVE Machine.” It kind of looks like the dance to Michael Jackson’s “Thriller.” If someone who’s not a good dancer tried copying it, it’d just look like someone doing a poor party trick. In a word, it’s a weird dance. But if you can dance it properly, it looks really cool. That’s what we were trying to get them to do. But it’s not like any of the members are geniuses at dancing or anything, and so at the beginning we were just looking at them and going “heh, that’s pretty funny.” But when they got to work on it and they got it down to the point where they knew it perfectly, I felt like they reached a point where they made you think “hey, that’s cool!“

When the girls dance that choreography, they’re not at all thinking that it’s embarrassing, nor are they going “look at us, isn’t this funny?” In fact, if you see them dancing “LOVE Machine” and you laugh, they’ll think “Why is this person laughing? We’re being serious here.” Morning Musume really are amazing for having been able to reach that point.

Shinoda, too, could look cute if she wanted to. She could easily make herself look prettier. But she consciously made the decision to look ugly, and she made it look good. If you’re someone who doubts their own looks, that’s something that shows — even if you think it won’t. Everyone else becomes embarrassed for you. But someone like Shinoda — who so obviously thinks “my face is completely fine as it is!” — has a different aura entirely.

To make a show business comparison, someone like Shinohara Tomoe actually has a cute face, but she purposefully does that whole “Shinohara deeeesu, pyoooon!” shtick of hers. It’s funny. Similarly, it’s like someone such as Nozawa Naoko being ugly — everyone just thinks she is, and that’s why she has so many female fans. They all admire that level of defiance. Everyone says Hisamoto Masami has protruding front teeth, but she could easily pass for someone beautiful if she tried to hide it with makeup and by not talking. I don’t think she pays much mind to trying to look beautiful. She may have instead chosen a style that’s more comfortable for her. “Who needs half-assed beauty? It’s only going to get in the way of my character!” Perhaps she’s chosen to do away with it on purpose. I think if I was a girl, I, too, would do the same instead of choosing some minor beauty. It would allow me to be defiant, and it would earn me supporters.

Even the average girls walking around town are all wearing their makeup more lightly these days. Showing their freckles; taking things that would’ve previously been something you’re supposed to hide and making it their charm point instead. Some of them specifically draw on those freckles if they don’t any of their own! I think this has to be because people in the world of entertainment gave them examples in this style of “cool ugliness.” These girls then picked from those examples what best fit their own taste and style. They don’t just rely only on their (naturally) good looks — they think about their style more deeply. That’s what truly makes someone stylish in my view.

With that said, however… If you asked me about all those really tanned female high schoolers, my feelings would be a little conflicted. A natural tan is only healthy and I see nothing wrong with it, but girls doing it to that extent is something that didn’t exist in my youth, and, to be honest, it makes me a bit perplexed. “What is it that you want to do? Is that your way of expressing cuteness?” In their view, those girls would say they want to stand out; that the more darker-skinned, the cuter. But I feel like that’s very different from Shinoda’s style of “breaking out.”

In short, what I’m saying is that to me it feels like what those ganguro girls are doing is not so much going against the grain and trying to be different, as it is to hide their ugliness and trying to appeal to the opposite sex. Sure, they enjoy having other people looking at them, but that’s different than real popularity. I mean, the people who do look at them and go “they’re so cute!” or “that’s so cool” — how many of them are actually just saying that because they’re having fun at their expense?

However, I do recognize the fact that those girls, too, take pride in what they’re doing. Ten or twenty years from now, when they look back on their pictures from their ganguro past, I don’t think they’re going to be blushing in embarrassment. Just like how some guys, when they get older and their kids are looking at ancient pictures of them sporting a Regent haircut and they’re going “wow dad, so this is what you looked like!” — I think it’s only going to be a positive memory for them.

And who am I to judge, anyway? Just until a while ago, I myself was wearing blond hair, shaved eyebrows and pink lipstick. I’m in no position to be passing judgement on other people. 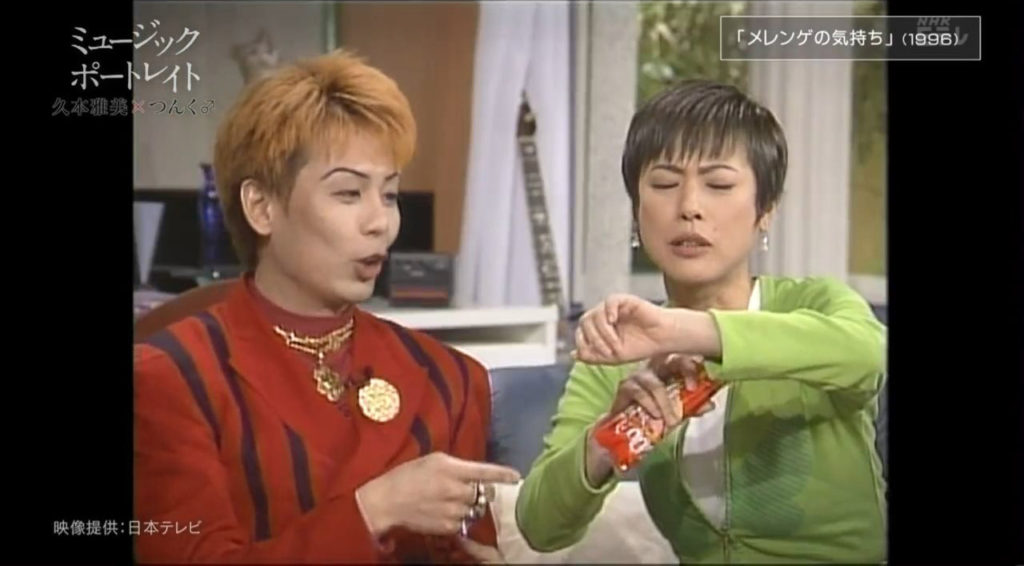 I don’t know if it’s right or wrong for a girl to think “I want to look cuter!” or “I want guys to like me!” But what I do know is: as long as you think that way in the sense that you’re trying to improve yourself, someone is going to notice. Someone will see what’s charming about you — whether it’s on the inside or out. Something about you will surely catch their eye. But the type of defiance that’s not like that? That’s only going to make others dislike you, and what’s even worse is that it’s gradually going to make you lose all respect you have for yourself.

In essence, whether you’re ugly or not depends only on you. It’s about if you feel jealousy towards others; if you’re maliciously trying to hold others back; if you think about everything in a negative light. Is that not the absolute worst thing you could do? No man would like to be close to someone like that, and I don’t believe any woman would, either.

That’s the one thing you should not become: an ugly person completely beyond any help. There are ugly girls that aren’t hopeless like that. It doesn’t matter if you’re ugly — if you’re doing your best and you say “I’ve got a crush on (insert guy’s name),” everyone around you is going to think “I’m going to cheer this girl on!” or “is there anything I could do to help her get closer to the guy she likes?!” But if you have a twisted personality, you may instead find people around you thinking “who the hell are you to have a crush on anyone?” I’m someone who tries not to think about people in that way, but I’ll be honest: even I know people who just make me think “oh, you absolute idiot!“

However, to look at it from their perspective: girls like that surely didn’t become that way because they wanted to. To become that way, they must’ve been bullied, or they must’ve gone through other painful experiences in life. People shouldn’t be so quick to judge and go “with a personality as ugly as that girl, she has no hope.” One should try to understand those things and strive to help one another.

At the end of the day, I have to say that ugliness can be pretty damned cool, too.